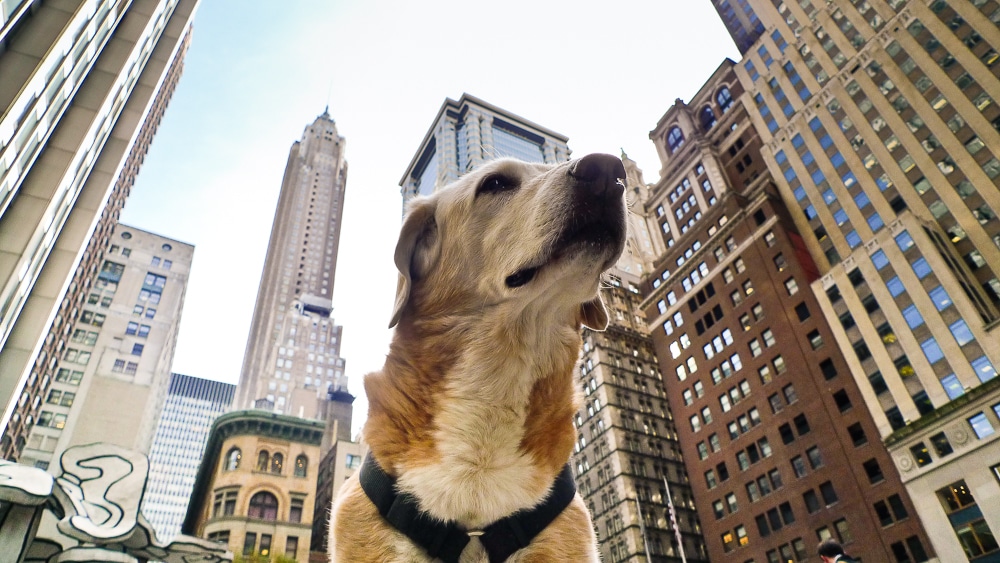 Chewie is sadly no longer with us, but thinking about him brings back all kinds of nostalgia. He was one of King Pup’s early clients back in the mid-2000’s. Chewie came to us because his owners had been using a dog running service and he had started to develop leg problems from running on asphalt. He was one of those permanently happy dogs who took great delight in pulling his walkers arms out of their sockets whenever he spotted anything even vaguely edible. We had to be continually on our guard as he saw his walks as an opportunity to map the neighborhood streets for chicken bones, half eaten bagels, pizza crusts and other “sidewalk snacks.”

And boy, was he devious. If you thwarted Chewie’s attempts to dive at a morsel in the gutter on the walk out, you can rest assured he would make sure you took the same route back so that he could make a leap at that exact same spot on the way back (knowing that we would have forgotten about it by that time). Sometimes he would make a beeline for a particular spot and squat as if to poop. Chewie knew that this would take you off your guard for a second. That’s right, he didn’t really need to go potty, he was just pretending to go right next to the morsel he’d seen on the way out, so that he could lunge at it before you had time to react. He continued this behavior right into his twilight years, long after we’d gotten wise to it and he didn’t have a hope in hell to snare his prey. Good old Chewie!